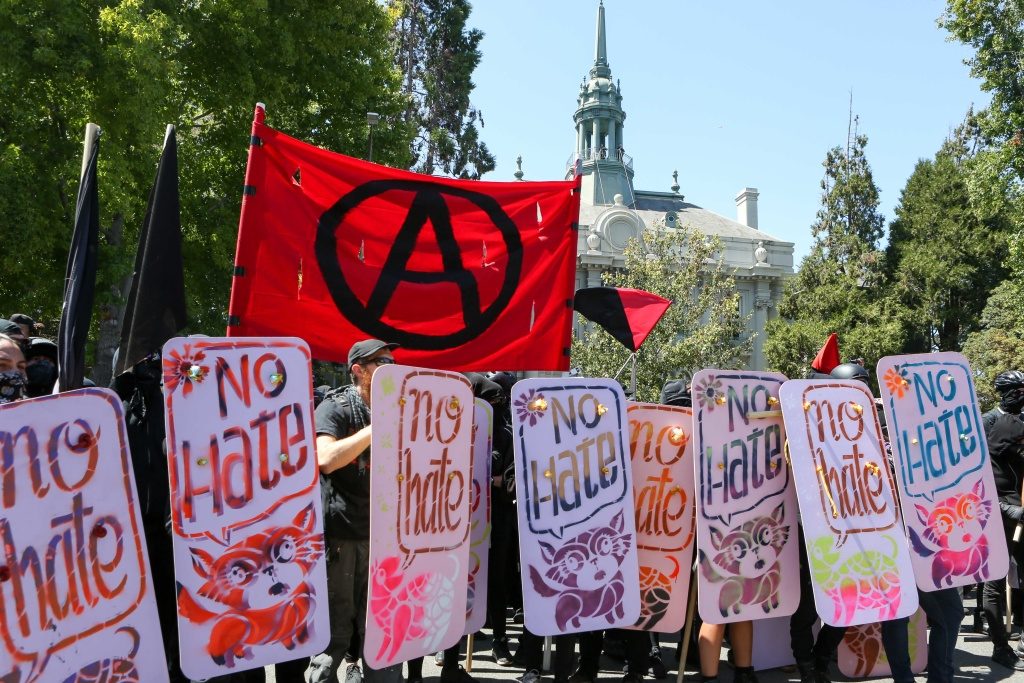 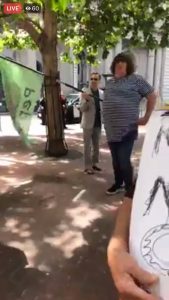 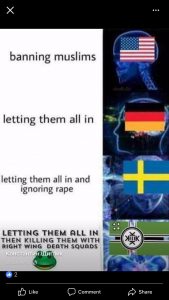 In anticipation of fascist provocations in Berkeley on August 5, we’ve created flyers to help people identify alt-right agitators that have come to Berkeley in the past and may show up again. Share these online, or print them out and bring them to the counter protest against the fascists so others can stay informed. Another helpful resource to review are these tips for staying safe while protesting the far-right. It is unclear which far-right groups will keep their promise to show up or not. Last year in Berkeley on August 27, Amber Cummings cancelled her rally and far-right goons still showed up to the park. The counter demonstration will go on regardless. Be on alert and watch out for the following people: 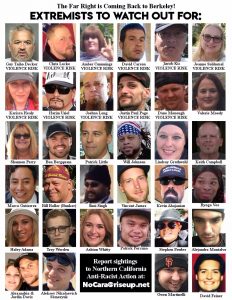 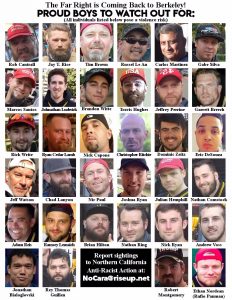 Sweep Out the Fascists: A Festival of Resilience
Berkeley, August 5
Meet at 11am at Ohlone Park