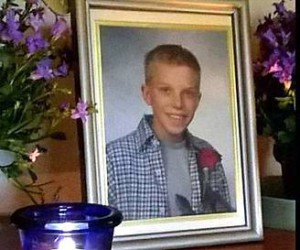 On Saturday, September 10th, a confrontation between a well-known Scandinavian Neo-Nazi group and an outspoken anti-racist individual ultimately ended in tragedy. The extremist Finnish Resistance Movement (FRM) held a rally that day at Eliel Square in Helsinki, Finland. In response, 28-year-old Jimi Joonas Kartunnen, a proud anti-racist, walked right up and told the FRM exactly what he thought of their fascist politics. Jimi Joonas was then violently attacked and knocked unconscious by FRM members, and was later rushed to Toolo hospital. On the night of September 16th, Jimi died in the hospital due to the serious injuries that he sustained from the attack. Friends described him as a firm human rights advocate and anti-racist who was not afraid of speaking his mind.

All of us from Northern California Anti-Racist Action mourn the passing of Jimi Joonas Kartunnen. We stand in solidarity with his family, friends, and comrades. From Northern California to Helsinki, we all understand that threat of fascism is much too real to ignore and must be confronted. We have great respect for Jimi Joonas’s drive to confront and speak out against fascism even with all odds against him, and we mourn the loss of a passionate and dedicated member of our collective community.

Earlier this summer in Northern California, many individuals came together and succeeded in stopping a fascist rally. On June 26th at the California state capitol in Sacramento, CA, hundreds of anti-racists and anti-fascists from all over the western United States occupied the capitol grounds and rebuffed violent White Supremacists. We know all too well that taking a strong stance against fascist activity can be a dangerous business- we saw nine comrades brutally stabbed and hospitalized that day.

We think about the relief we felt at the sight of each comrade who was released from the hospital between June 26th and July 3rd, and the worry we felt each passing moment for the two individuals who were the worst off from the attacks. We were so grateful that everyone made a full recovery. We know that not all are so lucky. Well, that’s when we think about Toolo hospital and what it must’ve been like to receive the news that Jimi Joonas had passed away.

That’s why we must fight back now and for as long as there is a fascist threat. To do anything less would dishonor Jimi Joonas Kartunnen and the legacy and memory of him and so many others who have laid down their lives in the struggle against fascism. NOCARA will continue to fight. The anti-fascist torch has passed from Jimi’s hands. It is on the rest of us to pick it up and let its ember spark our resistance.

From Northern California to Helsinki, Finland. Comrade to comrade. We are in this together. 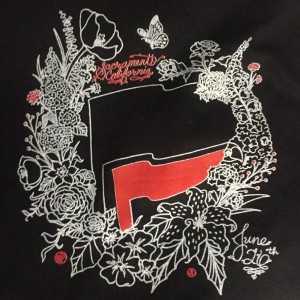