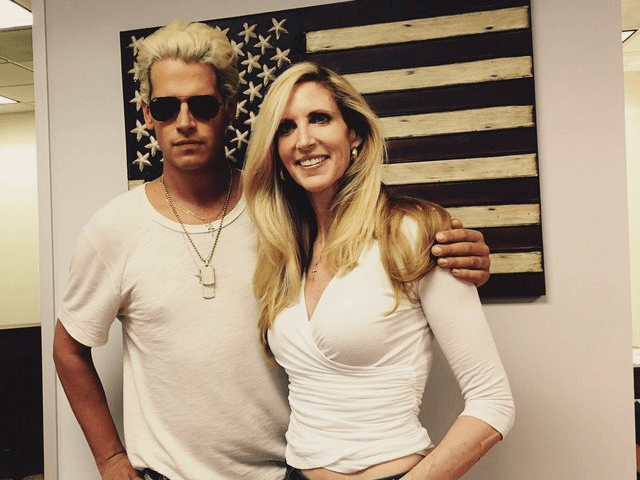 “They’re…always accusing us of repressing their speech. I say let’s do it. Let’s repress them. Frankly, I’m not a big fan of the First Amendment.”

On Wednesday, November 20th, the Berkeley College Republicans (BCR) plan to host Ann Coulter for an event in Cal’s Wheeler Hall. Coulter’s speech, titled “Adios, America” and scheduled for 9PM, is said to be focused on US immigration policy. This upcoming event is only the latest in BCR’s streak of promoting racist and white nationalist political positions over the last few years, which has been coupled by the university’s consistent willingness to protect and facilitate large-scale white power meet-ups. Event details and information on the organizers can be found at the end of this piece.

Ann Coulter is known to mainstream audiences as an extreme and provocative conservative commentator who occasionally appears on Fox News to recite her latest racist rant. Fewer people know that Coulter is a regular writer for the white nationalist website V-DARE, which has recently been in the news after a former Breitbart writer leaked emails between herself and Stephen Miller, which showed Miller’s “affinity” toward white nationalist material. Founded by Peter Brimelow, V-DARE is a publication that pursues a white supremacist agenda with a particular focus on immigration policy and racial demographics.

Brimelow, a former writer at Forbes and the National Review, played a critical role in the growing white nationalist movement when he helped Richard Spencer launch his “Alternative Right” webzine in March 2010, mentioning in an opening announcement that “Alternative Right is currently a project of the V-DARE Foundation and donations are tax-deductible.” V-DARE is considered a pillar of the far-Right and white nationalist movement in the United States. In September 2016 Spencer organized a press conference in Washington DC joined only by Brimelow and Jared Taylor, another white supremacist publisher of American Renaissance, for what was treated as the “coming out” of the alt-right. Brimelow’s participation signaled his prominent position within the movement. Months later at the National Policy Institute (NPI) conference in DC, Brimelow was on stage along with Jared Taylor and Kevin McDonald, a white nationalist and the leading anti-Semitic author who penned, The Culture of Critique, as the event ended in Nazi salutes while Richard Spencer screamed, “Hail Trump!” Ann Coulter’s writing has been consistently published on a weekly schedule on Peter Brimelow’s V-DARE website since 2013.

According to the Southern Poverty Law Center, Ann Coulter has also appeared at numerous white nationalist events, such as a writing workshop for a white nationalist publishing house and a V-DARE Christmas party. The SPLC wrote in 2016:

Coulter’s appearance at the VDARE event caps an 18-month period in which her flirtation with white nationalism became a full embrace. Her book Adios America contains citations from a number of extremists, including Brimelow, Robert Spencer and Fjordman, a Norwegian anti-Muslim blogger known for inspiring Anders Breivik, who murdered 77 of his countrymen who he thought were enabling Muslim immigration into his country. 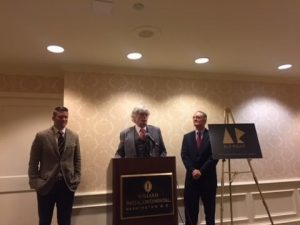 Ann Coulter has been publishing her books through Regnery Publishing since the early 1990s. Regnery Publishing was founded and owned by the family of white nationalist William H. Regnery II, who started the Charles Martel Society in 2001 and the National Policy Institute (NPI) in 2005. Both organizations publish racist and anti-Semitic literature and work to advance fascist politics in the United States. Regnery “discovered” Richard Spencer and hired him to run NPI in 2011 as Spencer was also developing the Alternative Right website with Peter Brimelow and trying to establish an American version of “Identitarianism”: a modern, reworked version of fascism first formulated in Europe. While Regnery’s family sold the company in 1993, his cousin Alfred Regnery still served as president until the 2000s. Regnery Publishing continues to publish Coulter’s writing along with Alt-Lite author Michelle Malkin and books by Trump, Gorka, and Pence. 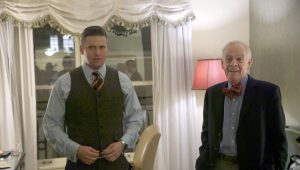 Given the content of Ann Coulter’s speech and publications, it’s not surprising to find that she has a white nationalist following. In her 2009 appearance on “The Big Idea,” Coulter stated that Jews would be “perfected” upon becoming Christians. She’s admitted that a “personal fantasy” of hers is to take away the right to vote from women. Coulter has expressed a thirst for violence, including suggesting on multiple occasions that immigrants be shot and killed for trying to cross the US border, a desire that was echoed by Trump when it was revealed he called for migrants to be shot and a moat filled with “alligators and snakes” be erected.

In 2016, she told her followers on Twitter that she wanted to see more violence from Trump supporters and expressed support for a “dominionist” view of the need for human beings to “rape” the earth. Coulter has shared misinformation and targeted people of color, women, Muslims, and immigrants as the source of America’s problems. 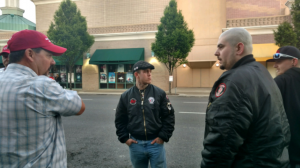 Meanwhile on social media, Coulter has also shared content from numerous neo-Nazi and white nationalist leaders, including Mike “Enoch” Peinovich, one of the organizers of the Unite the Right demonstration in Charlottesville. In 2018, Coulter also received condemnation for referring to Jews as “Globalists.”

Violent far-Right and fascist figures have been identified showing up to events featuring Ann Coulter, which brings with it a serious threat of harm to local communities. Coulter’s event in Modesto, CA in 2017 attracted neo-Nazis, most notably Derrick Punneo of the Golden State Skinheads (GSS). Punneo was identified by anti-fascists as responsible for stabbing counter-demonstrators in Sacramento when the GSS’s attempted rally was shut down by a large anti-fascist mobilization in June 2016. A sizable contingent of far-Right activists, militia members, and neo-Nazis showed up for BCR’s last sponsored Ann Coulter event in 2017, despite its widely-publicized cancellation announced beforehand. Many were returning to Berkeley just 12 days after they had come to terrorize and attack locals on April 15th, 2017. During the day on April 27th, Gavin McInnes led a rally in downtown Berkeley in support of Ann Coulter and protesting the cancellation of her event. McInnes is the founder of the Proud Boys, a violent far-Right organization. Proud Boys were joined by militia members and neo-Nazis including Nathan Damigo, the founder of white supremacist organization Identity Evropa, who recently rebranded themselves as the American Identity Movement and who frequently target college campuses. Following the rally, McInnes watched over as new recruits got initiated into his organization outside of a bar, and a number of Berkeley businesses showing support for Black Lives Matter were attacked and vandalized later that night. 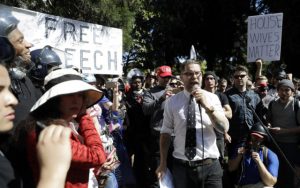 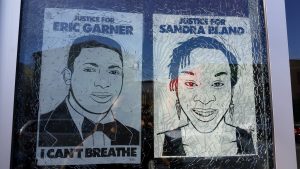 The Berkeley College Republicans have themselves been openly organizing with white supremacists for years. Northern California Anti-Racist Action (NoCARA) has been monitoring BCR since 2016. Since then, we’ve reported on group members’ connections to networks that include violent neo-Nazis and far-Right militia members. In the past, BCR members have written approvingly of white nationalist organizations and publicly embraced neo-Nazi leaders as well as worked for, appeared on, and live-streamed their meetings via a racist alt-right media group called The Red Elephants. Events that BCR has organized or attended in the past that appealed to racists have often also included violence. For an in-depth look at BCR’s links to white supremacists, see our article Berkeley College Republicans and the Fascist Creep at UC Berkeley. 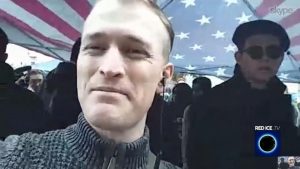 The Berkeley College Republicans inviting Ann Coulter to give a speech on campus promises white supremacist attendees at the event and/or in the area. NoCARA believes it is necessary to both alert Northern California about the threat this poses and to organize against it. If you plan to protest the event, see our guide to confronting the far-Right here. Familiarize yourself with BCR members identified below and research done by NoCARA and others on the local far-Right and white supremacist individuals and formations that may show up for Ann Coulter and BCR. Currently, students on campus are calling for a protest against Coulter starting at 7 PM.

If you have any information to share on BCR, this event, or white supremacist and fascist organizing in Northern California, please get in touch at nocara @ riseup.net 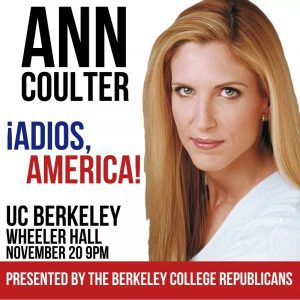 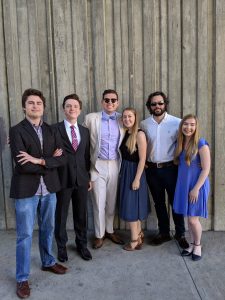 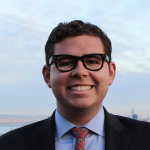 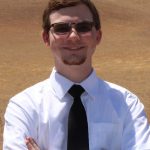 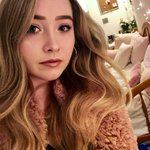 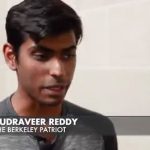 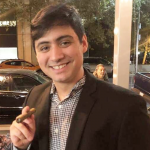